10 of the best new wineries

by James Halliday
Presented by Vintage Cellars
Each one of these wineries making its debut in the Halliday Wine Companion has earned a five-star rating. They are thus the leaders of the 59 new wineries in this edition, although a number of other first-up wineries also achieved five stars. The ultimate selection criteria included the number of wines earning 95 points or above, and also value for money. Without disparaging selections in prior years, this was a hot field, with some fascinating careers ahead for many. Varney Wines is Best New Winery and accordingly heads the list; the remaining wineries are in alphabetical order.


Alan Varney’s Australian career grew out of a vintage stint with d’Arenberg that turned into an 11-year employment, much of it as senior winemaker. He says that this period meant he came to be friends with many of the best local growers in McLaren Vale, the Adelaide Hills and Langhorne Creek. He is a brilliant winemaker, and his ability to draw the varietal heart of each wine he makes is extraordinary. He has built an environmentally sensitive winery alongside wife Kathrin’s restaurant, Victor’s Place, overlooking the rolling hills of the Onkaparinga Gorge. Find out more. 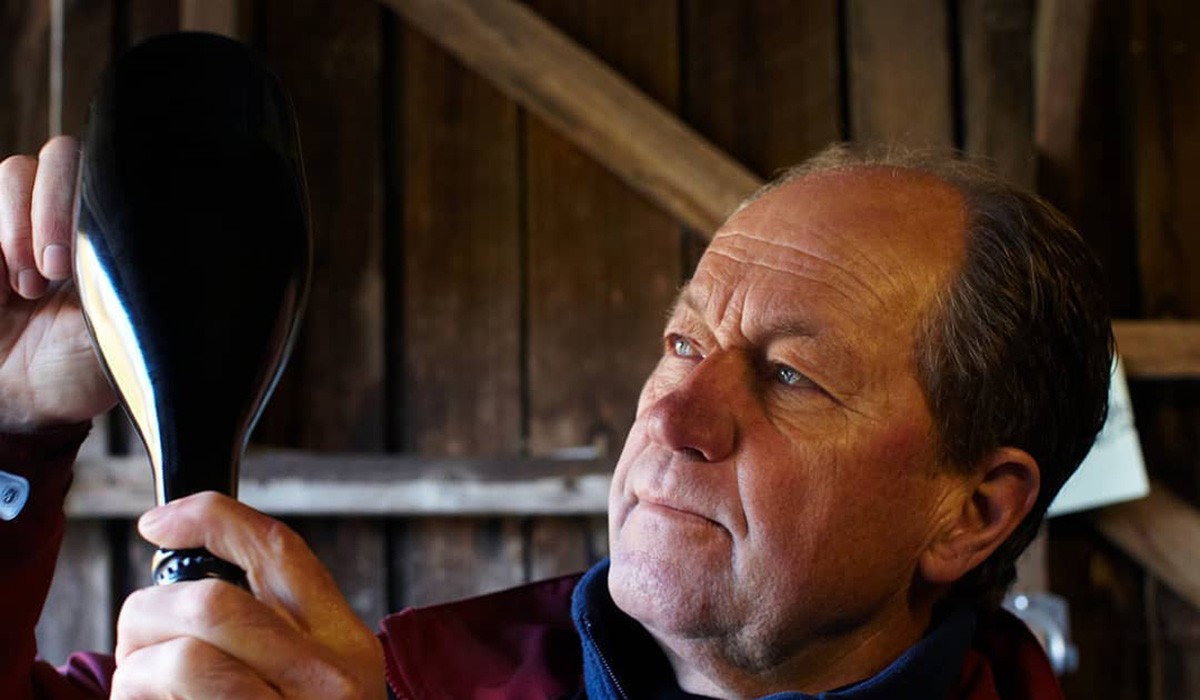 Dr Andrew Pirie AM, founder of Apogee
Apogee is the personal adventure of Dr Andrew Pirie AM, who obtained his doctorate in viticulture from the University of Sydney for a detailed study of the Tasmanian climate, which led to the establishment of Pipers Brook Vineyard in 1974. He founded Apogee in 2007, with a 2ha site in Pipers River, the wheel turning full circle with its mix of sparkling and table wines. Find out more.

bakkheia is the left-field venture of Michael and Ilonka Edwards, with prior occupations as disparate as navy clearance diver (he) and work in fashion/lifestyle/food magazines (she). The name references bacchanalian frenzies occasioned by the consumption of vast amounts of wine. The other feature is an unusual membership scheme. Find out more.

Phil Tabor found his Adelaide design engineering business the subject of a bidding war between two suitors, the deal completed at the top of the market. With no need to work, he participated in his first vintage in McLaren Vale in 2013 purely out of curiosity. Duly hooked, and with the help of well-known winemaker Phil Christiansen, he purchased Blewitt Springs Wine Co in 2015 with 7.3ha of mature shiraz, with the self-designed and -built winery opening in 2017. Find out more. 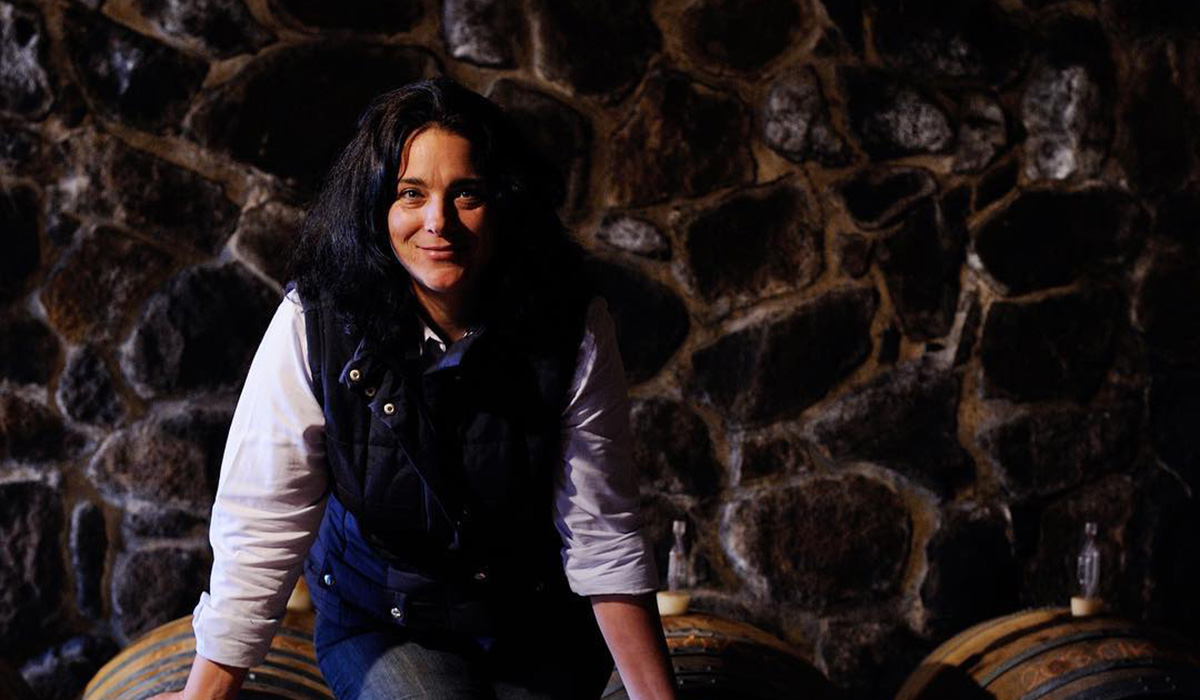 Marion’s Vineyard winemaker Cynthea Semmens
The Marion’s Vineyard story would provide a great subject for an Australian Story documentary – or a modern-day opera – with family success initially achieved in California, then carried on to the planting of a beautiful vineyard on the banks of the Tamar River by Marion and Mark Semmens. Daughter Cynthea made wine around the world before returning with husband David in 2010, opening a new chapter in the story. Find out more.

Max was the German Shepherd x whippet saved by Phil Lehmann from the RSPCA pound, and it was Max who introduced Phil to his canine-loving wife-to-be during a visit to the Barossa. The passage of time sees Sarah raising their two children and managing wine sales. Find out more.

The winery name takes in those of winemaker Ben Mullen and business partner Ben Hine. Mullen has covered much ground since graduating from Adelaide University’s oenology degree in 2012, working at Domaine Dujac (France) in 2013 and Craggy Range (New Zealand) in ’15, then back to Australia, filling in time at Yarra Yering, Oakridge, Torbreck and Leeuwin Estate, before Clyde Park ’17-18. Hine is a lawyer with prior involvement in hospitality and runs the business side of the winery. Find out more. 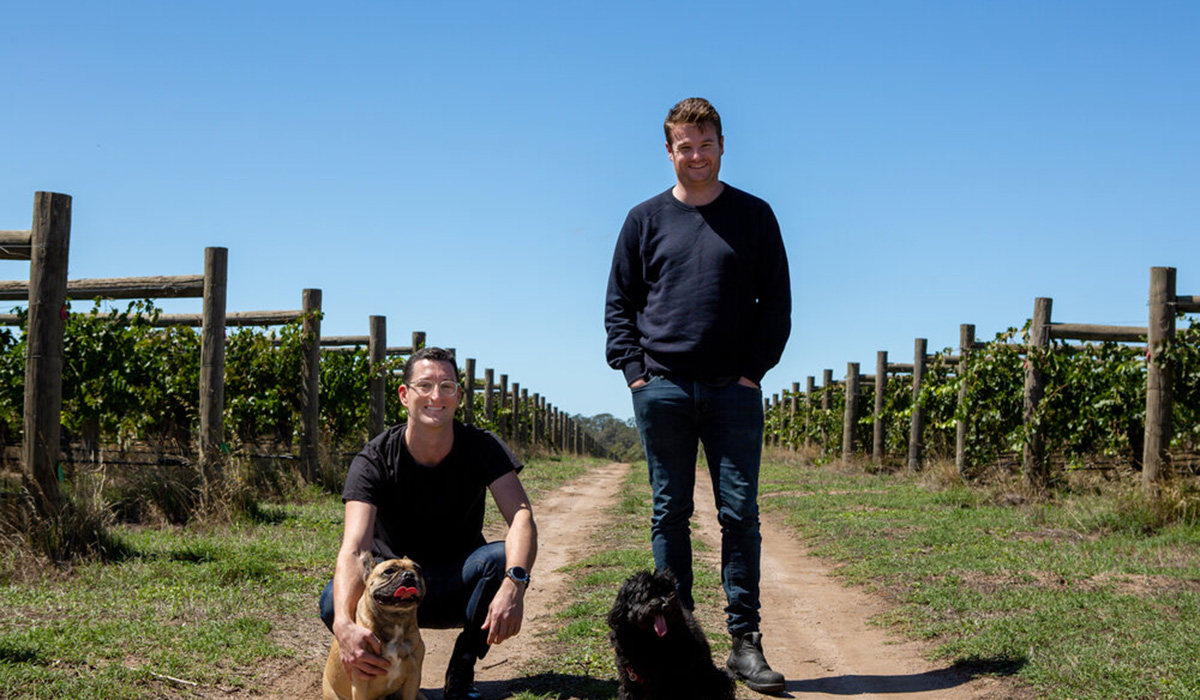 Ben Hine (left) and Ben Mullen of Mulline
The family line of Ox (Andrew) Hardy stretches back to his great-great-grandfather, Thomas Hardy, a giant in the 19th-century wine fabric of South Australia. The Upper Tintara Vineyard was purchased by Thomas in 1871 and expanded with shiraz in 1891. These are the ancestor vines of today, producing shiraz of exceptional depth and intensity. Find out more.

By the time Charlie Seppelt and Skye Salter established Paralian (meaning someone who lives by the sea) in 2018, they had accumulated 46 vintages working for others in Australia and France. Wanderings over, they chose McLaren Vale – Blewitt Springs, in particular – in which to make their permanent home. You can be sure future vintages will be equally as good as those of today. Find out more.

Owner/winemaker Michael Wren was a flying winemaker across multiple continents before joining Esporao, one of Portugal’s leading wineries. He was particularly struck by the use of stone lagares: the large, shallow (knee-deep) fermenters that facilitate foot treading or stomping of red varieties, resulting in wines of great colour and richness with a soft palate. He found a 14.5ha vineyard planted in 2002 to multiple clones (and rootstocks) of shiraz, and makes individual block wines using replica lagares with great results. Find out more.

This edited extract is from the 2021 Halliday Wine Companion guide, published by Hardie Grant and available at all good bookstores.