The tasting team on the year's highlights

The Halliday tasting team shares their biggest highlights of the past year, from the wines they reviewed to the new processes behind the Halliday Wine Companion.

The release of the 2022 Halliday Wine Companion marked the end of a full tasting season for the seven members of the team. With that, we asked them to reflect on their favourite moments and wines from the past year, and share their highlights.

James Halliday
Over 50 years ago, wine show judging conditions were very different to today. At some shows, trophy judging was done by the show Chair of Judges alone. Over time, all judges were involved, using a preference system, not points. But there was no discussion, the preferences were tallied by the Chair, and the result made known verbally. It has since become much more collegiate, and that is where these awards come in. When, not so long ago, I was the sole taster for the Companion, I was necessarily the only person involved in deciding the awards. This year, all seven judges assembled to discuss each serious contender, somehow finding a pathway through lockdowns so we were in the same room at the same time. Tyson Stelzer was the ringmaster, and it worked perfectly. 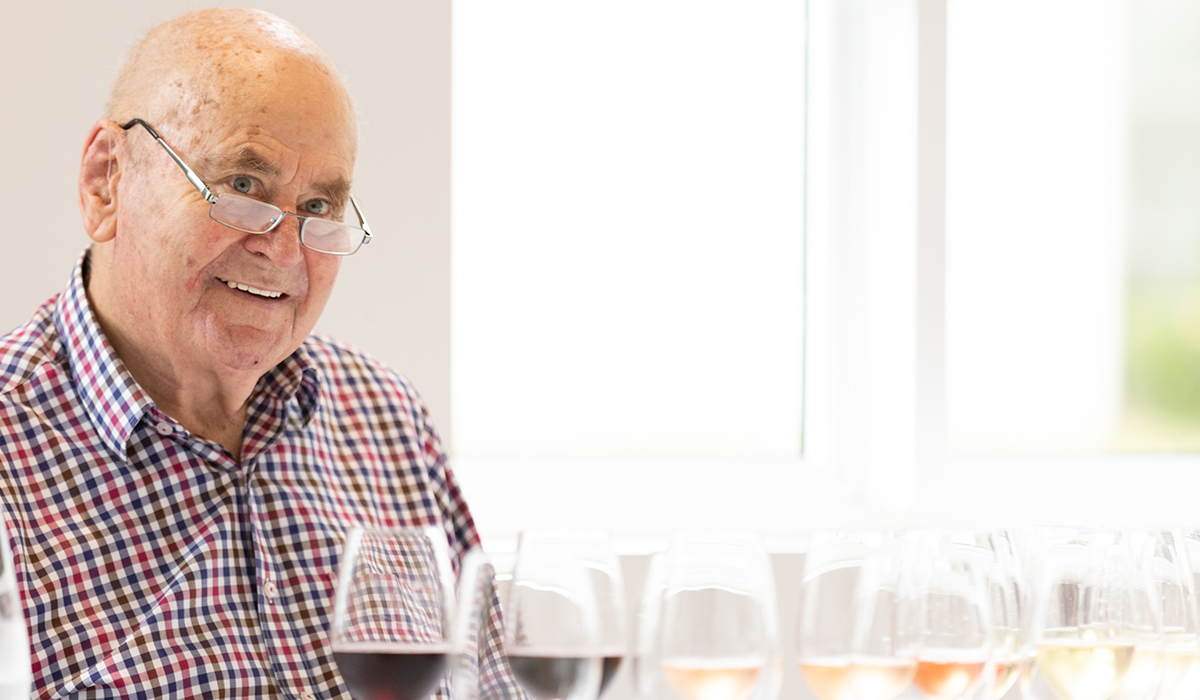 Tyson Stelzer
There’s always something a little nerve-racking about group consensus decisions. Trial by committee does not always bring the best wines forward. In orchestrating the first judging of the Halliday Wine Companion Awards by the full tasting team, I considered my role like that of a wine show chair, in which the key priority is to ensure it is the group decision and not my own agenda that wins the day. Our team of seven did a tremendous job, and I could not be prouder of the results, or more thrilled to present what are truly the best wines of the year.

Erin Larkin
The premium tasting days, the serious sauvignon blancs, and the diverse pleasures of the alternate varietals. Basically, to start at the beginning, I quarantined all the top wines in each varietal/style and tasted them alongside each other in order to gain proper context on how great they were. Those days were very illuminating – and a lot of fun. The serious savs in Western Australia were a thing to behold; structured, intense and cellarworthy. And the diverse pleasure of the alternate varietals is what it sounds like – WA has a ripping array of wine made from grapes other than chardonnay and cabernet (yes, it’s true), and they were mostly a voyage of pleasure and delight.

Jeni Port So many good wines, so many good stories! To choose one, it would have to be chardonnay. If there were any doubts that chardonnay has returned to form, they were laid to rest – smashed out of the park, in fact – in this year’s tastings. Producers have honed their oak, and brought delicacy and style to the grape, in addition to complexity and texture. That texture is something many have been aiming for in recent years, but in the 2019 releases, in particular, they succeed in connecting with, and enhancing, the grape’s innate beauty. If I had to single out regions and producers doing this grape proud, I would highlight Beechworth (A. Rodda), Alpine Valleys (Mayford), Geelong (Clyde Park), Bellarine Peninsula (Leura Park) and Ballarat (Tomboy Hill

WA has a ripping array of wine made from grapes other than chardonnay and cabernet (yes, it’s true), and they were mostly a voyage of pleasure and delight.

Ned Goodwin MW
Aside from the inexorable rise of grenache – particularly in a more contemporary guise of thirst-slaking tannins, redder fruit accents and an uncanny pinosity – the courage required to extract wines like these is what stood out while tasting. I’m referring to longer extraction, often in large-format neutral wood or eggs. The agitation, gentle. The tannins, long-limbed and fine-boned, serving as savoury restraining orders for the gushing fruit. The return, too, to mid-weighted, digestible expressions of Hunter shiraz is a welcome shift. Wines such as those in the Tyrrell’s suite have long existed, but faced with a glossier, richer and more reductive gestalt, it felt as if their ilk had almost disappeared. Today, both styles sit side by side with an appreciable shift toward the former. After all, it is what the region does best and what makes it inimitable. 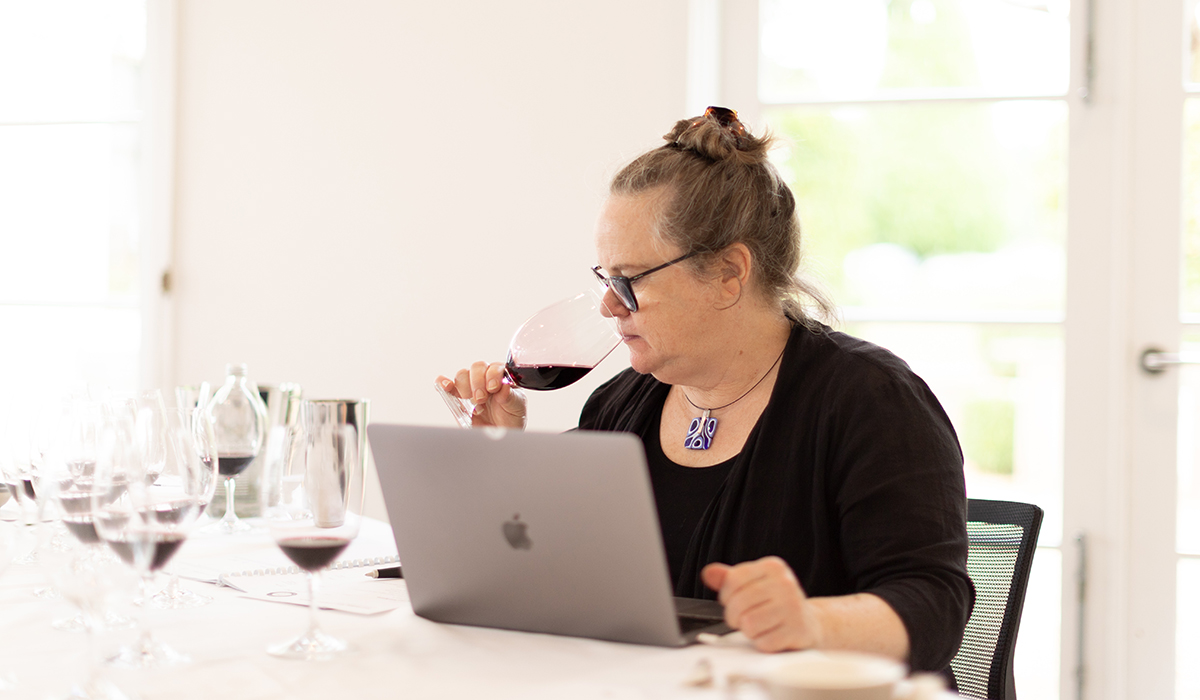 Jane Faulkner
Few producers make it to the apex in terms of consistent quality, and those who enjoy that advantage work so hard both in winemaking and viticulture to achieve it. There also seems to be a level amount of open-mindedness and curiosity, perhaps a sprinkling of fairy dust, too, which makes the Yarra Valley a standout. The usual suspects of producers are leaders and their wines a joy to taste. Another highlight was the introduction of the two-day judge-off to decide winners for the various awards categories. An inclusive, vigorous, equitable and enjoyable experience.

Tony Love
One of the great joys in focusing on regions for Halliday was to come across producers who had a magical touch in virtually every wine they presented. Or it might be a certain vineyard that offered a unique expression in either an owner or vigneron’s portfolio or via other winemakers’ interpretations. Sam Scott from La Prova excels, with his Italian varietals just so drinkable. Both the Shaw + Smith Lenswood/Adelaide Hills vineyard, via its chardonnay and pinot noir iterations, and Lake Breeze in Langhorne Creek, with its cabernet and blends, delivered shining examples of varietal and site interconnections. And one wine still lingers in my tasting memory: the Ngeringa Summit Vineyard Pinot Noir 2019. I scored it a magnificent 95 points and, in hindsight, I should have awarded it 10 more at least, purely for its excitement factor.

This is an edited extract that appears in issue #60 of Halliday magazine.
Become a member today to receive the print publication and access it online.

More from the tasting team