The rise of prosecco in Australia has been one of our greatest recent success stories. Discover the regions and wineries responsible for some of the best ahead.

Australian prosecco pays homage to its Italian roots. The grape, called glera in Italy, has grown in the valleys of Valdobbiadene and Conegliano in northern Italy since the days of Pliny the Elder, who referred to prosecco’s healing properties back in AD23. The fresh, light wine sparkles with soft bubbles created through the Charmat-Martinotti method, which calls for pressurised tanks for the second fermentation instead of the labour-intensive and expensive bottle-fermented processes of Champagne. Prosecco is winning the international sparkling wine game with its creamy bubbles, wallet-friendly prices and appealing lower alcohol. 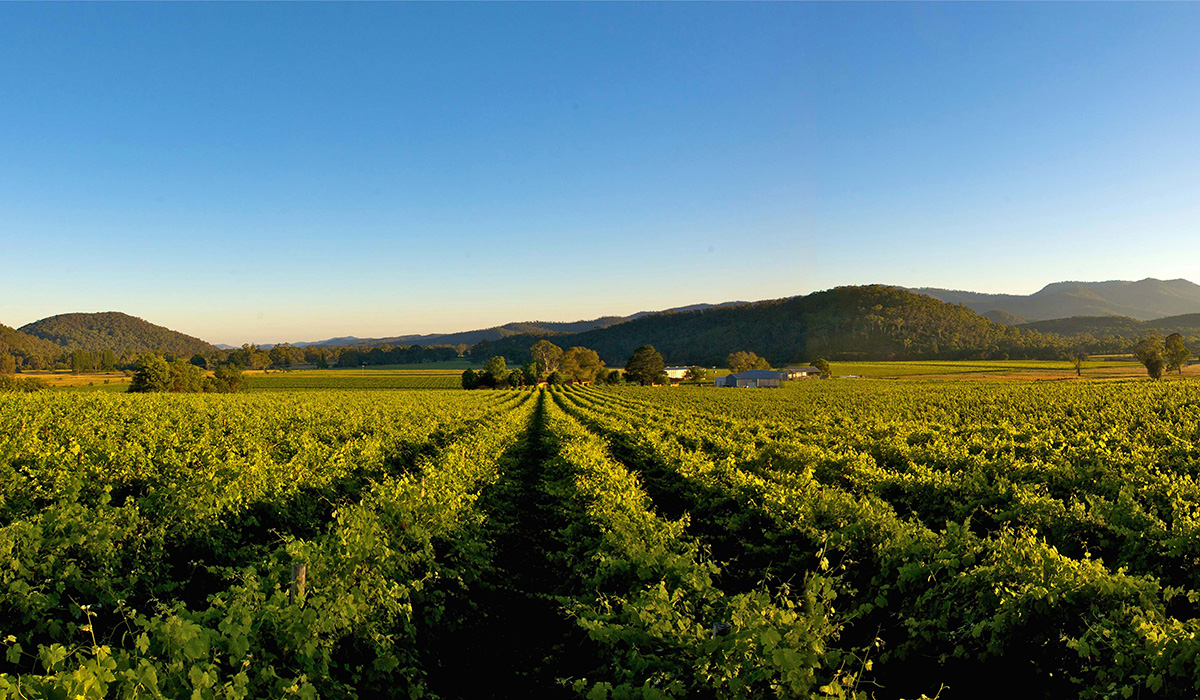 View over the vineyard at Chrismont in the King Valley.

Prosecco is the fastest-growing white grape in Australia, and the King Valley offers perfect growing conditions. “The climate is ideal, with just the right amount of warmth throughout the day and cool nights to promote flavoursome, fresh and vibrant prosecco styles,” Brown Brothers chief winemaker Joel Tilbrook says. About three hours northeast of Melbourne, the valley sits at the foothill of the snowfields. Cool winds descend the Victorian Alps at night and drop the temperature by 10 to 20 degrees. “This diurnal shift suits the dainty semi-aromatic grape,” Joel says. “In warmer climates, it quickly loses the delicate aromatics that are critical to a good prosecco,” says Michael Dal Zotto, whose family was the first to plant prosecco in Australia in 1999. Michael adds that the region also offers a rich texture of fertile soils. “The beautiful thing about here is the diversity. The different valleys and micro-climates help build complexity and structure within the wines.”

The Dal Zottos champion prosecco with six different styles, including a vintage expression sourced from their best plot, a traditional method style, and an experimental pink version. Their top cuvee is the bottle-fermented Col Fondo. Michael was introduced to this artisan style by his Italian cousins and recalls how they tipped the cloudy wine into a jug and drank it when clear. “It was magnificent with hard cheese and salumi,” he says. It made a strong impression, and he felt compelled to recreate it at home.

Col Fondo translates to “from the bottom” and references the lees sediment that collects at the bottom of the bottle. “It’s not a pet-nat,” Michael explains. “We restart the secondary ferment in the bottle and then we don’t disgorge it. The wine sits on lees until someone drinks it.” Typically, the wine is released 18 months after the vintage. The Col Fondo Pucino is bone-dry – they eschew the dosage – and highly textural. In dramatic contrast to the fruity and floral notes often associated with prosecco, the palate is savoury with green olive and lemon zest, with a nutty finish. Their award-winning Col Fondo Tabelo digs deeper into tradition and uses the concentrated juice of rack-dried grapes in its liqueur de tirage. Only 600 bottles of Tabelo are made. “This is for someone who wants to see prosecco in a different light,” Michael says.

At the southern end of the valley, Chrismont set out to make a non-vintage style under the direction of chief winemaker Warren Proft, who was inspired by the use of reserve wines in Champagne. “The reserve wine is essentially a collection of older wines that we draw on for blending, and refresh afterwards with new-vintage wine,” he says. “It adds a little point of complexity, consistency, and adds a style signature.” Chrismont adds up to 15 per cent reserve wine to the final blend of La Zona Prosecco, adding more complexity and body.

While most Australian proseccos are spumante style, sitting at four to five bars of pressure, a new style is emerging in smaller formats at Pizzini Wines and Brown Brothers, which have both released their non-vintages in 250ml cans. The carbonation pressure is reduced by half, similar to the frizzante style. Joel Pizzini says the eco-friendly cans attract a different demographic to the brand than those who seek out traditional bottles. 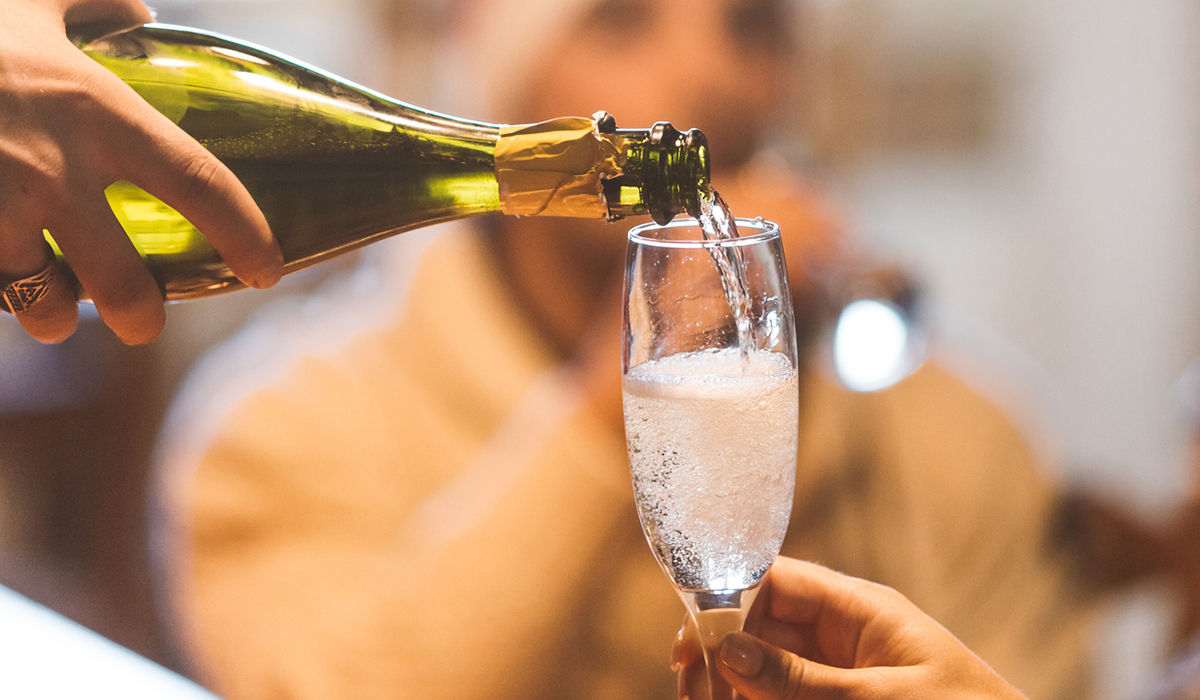 Sealing prosecco under cork is just one way Brian Freeman does things differently in the Hilltops of NSW.

Not tempted by the lures of King Valley fruit, Brian Freeman, former viticulture professor at Charles Sturt University, crafts beautiful prosecco in the cool Hilltops region of New South Wales. He grows his own fruit on his 175-hectare property, which sits atop a large bed of granite rock. Brian’s prosecco is also set apart in a few other ways. Firstly, he uses barrels for fermentation. “I was keen to develop a more complex prosecco style with lower residual sugar and a creamy textural palate. We derive this by fermenting a portion in old oak barrels before blending and the secondary Martinotti fermentation.” He then uses a cork closure to contain the five to six bars of pressure, when most others use the practical crown closure. “It is a celebratory drink. The pop of the cork just makes it a bit more of an experience,” Brian says.

Value and quality at home

Venues increasingly showcase Australian proseccos alongside their Italian counterparts. Wine consultant and sommelier Samantha Payne finds the import tariffs on the Italian wines add a price difference of up to $6 to the per-glass price, compared to quality Australian examples, which sell from $10 a glass. “The beauty of Australian prosecco is the history and craftsmanship that comes with an extremely affordable price tag,” Samantha says. “When we tell stories about Dal Zotto first planting these vines and pioneering prosecco in this country, and then people try that first sip of an incredibly balanced and flavoursome wine, it’s hard not to be impressed.”

This is an extract of an article from issue #55 of Halliday magazine. Read it in full here. Not a member? Join today and get digital access to the magazine.