Following on from my previous newsletter on shiraz from hot climates, here I cover some of Australia’s major warm climate shiraz regions, highlighting their key developments, characteristics, and producers.

The Barossa Valley is Australia’s best-known wine region internationally, both now and BC (before China), its fame built around one variety: shiraz. The shiraz crush of 25,700 tonnes in 2019 represented 70% of the Barossa Valley’s red grape crush, or 63% of the total crush (red and white) of 41,000 tonnes. Eden Valley’s shiraz crush of 1100 tonnes might seem insignificant, except that Henschke Hill of Grace and Mount Edelstone come from the area.

Reverting to the Barossa Valley, it has already undergone a significant style revolution as French oak has progressively made inroads into American oak. First, and still holding some ground, has seen American and French oak blends (mysteriously, French is usually put first on the back labels, whereas such wines seem to have more American oak in their makeup). Be that as it may, (virginal) French oak is steadily replacing American oak.

This fits neatly within the second revolution, however much that is compromised by inadequate labelling regulations. It is a reduction in the (stated) alcohol, which permits tolerance of plus or minus 1.5%. Thus, a wine stated to have alcohol of 14.5% (as so many do) may in truth be anywhere between 13% and 16% for the domestic market. For exports, the tolerance for most of our important markets is plus or minus 1.5% (see more below).

The Barossa’s unique strength is its library of very old vines, conceived by the Barossa vignerons. So far as it’s possible to guarantee the status of every one of the wines labelled, survivor, centenarian or ancestor is used correctly.

It is of inestimable value because phylloxera has never arrived in South Australia (or the Hunter Valley), and ungrafted vines on their own roots have an indefinite life. Australia has some of the oldest vines in the world since phylloxera decimated vineyards in Europe. 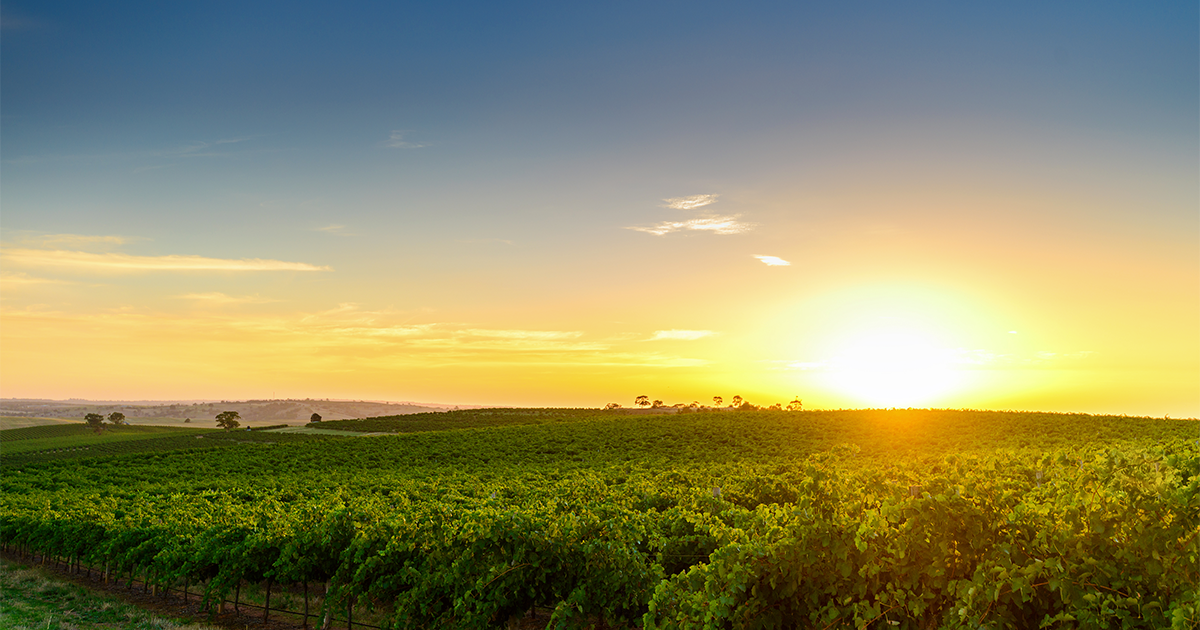 In 2019, McLaren Vale produced 18,100 tonnes of shiraz, 60% of its red production, or 55% of its total crush. It has very complex rock-derived soil, and has constant rises and falls in its topography, so it’s unexpected to have as much uniformity in the flavour and weight of its wines as it in fact has. McLaren Vale shiraz is medium-bodied to full-bodied, its structure usually medium, and with dark berry/dark chocolate characters that I find so often and enjoy.

A region that has always kept itself to itself, with small towns that sit either side of the Main North Road. It runs in a straight line from the south and the town of auburn to the north and the town of Clare (the largest and most disfigured by the 20th century), passing Leasingham, Watervale, Penwortham and Sevenhill along the way. The one excursion is to turn due east to Polish Hill and the slate mines of Mintaro.

The production of 2250 tonnes of shiraz is a whisker over half of all red production, and 64% of the total. If Jeffrey Grosset is the King of Riesling (an abnormality, because it’s the only region in South Australia dominated by this variety), Tony Brady of Wendouree is revered for his reds, headed by shiraz. Most producers of good shiraz have a reputation for riesling and vice versa.