The whites of France’s Rhone region are some of the most luscious, complex, and food-friendly wines. Learn all about these compelling styles here.

Perhaps you’re familiar with famous French reds such as Cotes du Rhone and Chateauneuf-du-Pape. The white wines of the Rhone Valley, however, tend to fly a little more under the radar, and that’s a shame because they’re some of the most luscious, complex, and versatile food wines. If you love fragrant, flavoursome whites, then it’s worth turning your attention to those from the Rhone.

Getting to know the Rhone

The Rhone wine region is a diverse area, its climate and landscape changing as you get closer to the Mediterranean coast. It connects with Provence at its base, and France’s third-largest city, Lyon, sits just above its tip. It’s well known for its earthy, savoury syrahs and spicy grenache blends, with notable names such as Cote-Rotie, Cotes du Rhone, and Chateauneuf-du-Pape, but here, we give you a little more insight into the whites.


The narrow north, with its steeply sloping vineyards and granitic soils, experiences more extreme conditions than the south. For this reason, it’s responsible for a tiny portion of the Rhone’s wine production – less than 10 per cent. While Rhone whites are mostly a minor addition to syrah in this area, there are a couple of appellations that champion them in Rhone white blends, sparklings, and single-variety wines. Look out for the names ahead. 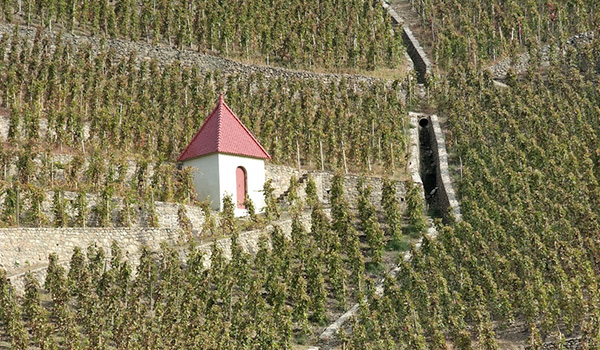 
As you head further south, the landscape gets wider and flatter and the climate warmer and drier, and the vineyards feature sandy, stony soils. The southern Rhone is where the bulk of wines are made, and the most famous of these is its grenache blends. Several major appellations allow a melting pot of red and white varieties in the mix, but grenache is usually the dominant component. It’s principally reds and mostly blends, but you can find some great whites.


Rhone white varieties offer intense aromatics, refreshing acidity and wonderful texture, ranging from minerally and citrusy to nutty, honeyed, mouth-filling styles. When blended, which happens more often than not in the Rhone Valley, you get a mix of complementary characteristics. Thanks to the complexity this provides and the many guises in which you can find Rhone whites, they make a fantastic companion at the dining table. Love chardonnay? Try Rhone whites.


Think cabernet and merlot, and you have the kind of iconic duo that marsanne and roussanne are. Marsanne is a little more prolific in growth than roussanne, and so often makes up a higher percentage of blends, providing weight, colour and flavour. This chameleon variety goes through distinctive stages as it ages, transforming from a crisp young wine into a more opulent style.

The reason roussanne works so beautifully in blends with marsanne is the aromatics and acidity it brings. It has a more lifted, floral bouquet and mineral palate, adding an element of elegance to these medium-bodied white wines. You can find roussanne as a varietal wine, but it’s not as common.


Viognier has been on a rollercoaster ride over the past decade, from facing near-extinction 50-odd years ago, when it was only really found in France, to today having plantings around the globe. It is a popular addition to syrah/shiraz in small amounts for fragrance, texture and colour (a la the Cote-Rotie region of the Rhone Valley), and a splash of viognier also works well in marsanne and roussanne blends. As a single-variety wine, it has a plush mouthfeel and attractive stone-fruit flavours – if you love headily-scented, full-flavoured whites, try viognier.

Muscat is one of the world’s most ancient white grapes, and with more than 200 different types, it’s responsible for a range of sweet and dry wine styles. In the Rhone, muscat blanc a petits grains is used for the still and sparkling wines of Die and the moreish fortified wines of Beaumes-de-Venise. It has a light body, fresh acidity and distinctively grapey scent.

Clairette adds perfume and weight to Rhone white blends. It is often paired with grenache blanc in places like Chateauneuf-du-Pape, and it is also used alongside the aforementioned muscat blanc in Die to make the local sparkling Clairette de Die.

This white variant of grenache is almost always used as part of a blend in the Rhone Valley, providing body, acidity and intriguing herbal notes. Its largest presence is in the south of France, with Provence and the Languedoc key regions alongside the Rhone, but it also exists elsewhere, including in Australia.

Piquepoul loosely translates to “lip-stinger”, which speaks to this variety’s very high acidity. It has a salty, citrusy profile that would make it a perfect companion to seafood. Piquepoul has a long history in France, where it most often appears in blends, providing a firm acid backbone.

This centuries-old white variety is a staple of southern France. In the Rhone, it is mostly found in the blends of Chateauneuf-du-Pape, but there are plantings in the surrounding appellations as well. Bourboulenc is distinguished by its bright acidity and citrus, and complex savoury, herbaceous and floral notes.

Where in Australia do Rhone whites grow?


Viognier is probably the more recognisable of the Rhone white varieties, but it, marsanne and roussanne have a similar presence around Australia. There’s a bit of muscat blanc a petits grains, too (it’s one of Australia’s top 10 white varieties, sitting just behind riesling). Overall, though, these styles are less established and fall under the “other” whites category in Australia. That said, there are a handful of producers proudly waving the Rhone white flag.


Tahbilk in the Nagambie Lakes region of central Victoria leads the charge with marsanne and has one of the most significant single holdings of the variety in the world. Its 1927 Vines Marsanne is a consistent high-performer across vintages – and affordable, too. Down in South Australia, historic Barossa winery Yalumba champions viognier like no other, producing a whopping six styles. In nearby McLaren Vale, Yangarra makes several compelling roussanne wines, which complement its focus on grenache. The Coriole family is playing around with some of the more obscure types such as grenache blanc and piquepoul, also in McLaren Vale, and so is Ashley Ratcliff of Ricca Terra Vintners in the Riverland region of SA. Back in Victoria, the Yarra Valley has quite a few wineries that feature Rhone whites as part of their stables, with notable producers including Yarra Yering, Soumah, Warramunda, Yeringberg and Serrat. Beechworth and Bendigo also make some stellar Rhone-style whites, which work well in these areas thanks to granite soils that are comparable to those of Condrieu (aka the home of viognier). 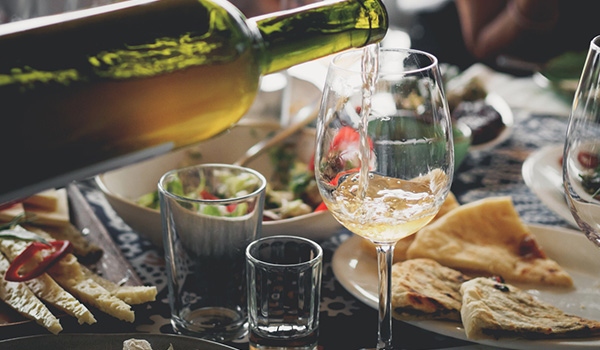 Rhone whites are some of the greatest medium-bodied wines to pair with food. In fact, they’re at their best at the table and will shine alongside a few favourite dishes more so than when drunk alone. The unique texture of Rhone whites means they can stand up to a range of recipes – from spicy Asian stir-fries to richer fish dishes or a classic roast chicken.