The Nagambie Lakes has long been producing leading Australian wines, yet remains one of our lesser-known regions. It holds an important place in Australian wine history and is home to an iconic collection of family-run wineries, including Tahbilk and Mitchelton, with others in the surrounding Strathbogie Ranges such as Fowles Wine. Although world-class wines thrive here, the region is less visited compared to others – and it's simply waiting to be explored, just 90 minutes from the Melbourne CBD. A place where natural attractions are so readily at your doorstep, exploring rivers and lakes can accompany the discovery of local, historical wines.

Viticulture was established in the area with great gamble, but over time it paid off with rising success. In 1860, a committee led by R. H. Horne and John Pitney Bear raised 25,000 pounds of sterling for the entitlement of The Tahbilk Vineyard Proprietary. Two years on, they welcomed 700,000 vines across 80 hectares of land. However not all vineyards were as fortunate as Tahbilk. As James Halliday states: “Phylloxera spelt the end for the other smaller vineyards and wineries in the district, and when the Purbrick family purchased Chateau Tahbilk in 1925, it was the only operating winery.”* He adds that “the only other significant winery (in commercial terms) to be established in the Goulburn Valley has been Mitchelton (in 1969), and even it had a prolonged struggle before becoming successful”. Today, it’s a different story, with both Tahbilk and Mitchelton key wineries in the Nagambie Lakes region. 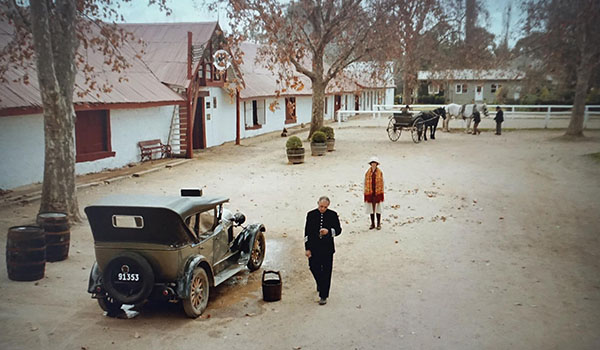 The Nagambie Lakes receives less than average rainfall and has a temperate climate. James Halliday categorises it as a “relatively warm region if judged by its centre”. He also groups the soil types in three principle brackets: “red and brown sandy clay loams; similar hard duplex souls, but yellow-brown in colour; and gritty/gravely quartzose sands laid down by the prehistoric wanderings of the Goulburn River.”

Almost equal amounts of red and white grapes grow throughout the famed Nagambie Lakes (55 per cent red and 44 per cent white). The principle variety has always been shiraz, followed by chardonnay, cabernet sauvignon, sauvignon blanc, marsanne and merlot. 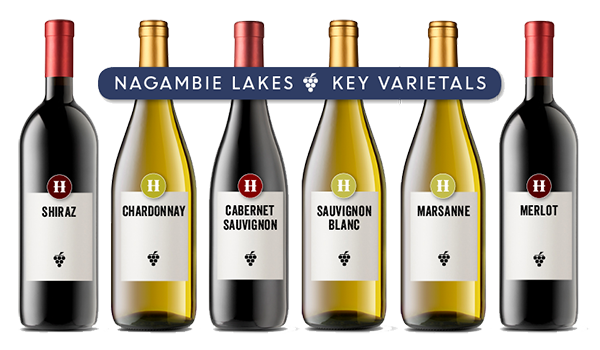 The Nagambie Lakes are proud producers of full-bodied reds, and their long-lived shiraz exceeds exceptional standards. With strong structure and deep body, shiraz from this region is of world-class quality. Expect tastes of black fruits (plum especially) with pepper and spices layered throughout. The oldest shiraz vines in the Nagambie Lakes belong to Tahbilk and date back to 1860.

Chardonnay is the dominant white grape variety in the region, presenting high sugar levels, thanks to the temperate climate. It’s known for having buttery elements, while also being smooth and fruitful. Peach and melon fruit flavours can be noted, as well as soft hints of lime.

Cabernet sauvignon from the region shows dark fruits and pepper characters, also with strong tannins. However it is the elements of black olives within cabernet sauvignon that truly mark its identity. James Halliday commends it as a “solidly framed” wine.

Many class marsanne from the Nagambie Lakes as some of the finest ever made. Tahbilk has built a reputation for producing benchmark examples of this great white variety, with the winery also home to the largest and oldest single holding of the grape in the world. Mitchelton also produces standout examples of marsanne, which give peachy aromas with stone fruit flavours. Nougat, almond and pure minerality will develop with each sip.

Riesling from the Nagambie Lakes presents complex flavours, with sophisticated characteristics, and Mitchelton's releases have long shone on the wine show circuit. Stunning examples come from Fowles Wine, James Halliday sharing they’re “midway between citrus and tropical, and it's easy to see why the wine should have a gold-spangled show career”. They also burst with lemon and lime.

Fine wines aside, the idyllic Nagambie Lakes offers many natural attractions to relax alongside, and in many instances within. The Goulburn River and adjacent Lake Nagambie are home to an impressive amount of fish species, including rainbow trout and Murray cod. You can also sail the waters, canoe, water ski or simply splash around. Head to Jacobson's Lookout to enjoy inspiring views from across the water, and the surrounding grasslands are great picnic spots. It’s imperative to visit the three major wineries (Tahbilk, Mitchelton and Fowles) to enjoy their cellar doors and eateries. Mitchelton’s restaurant The Muse prides itself on modern farmhouse food with a sustainable flair, while the cafe at Fowles Wine serve freshly farmed produce that they farm and grow themselves. Tahbilk also offer specialities from the land, with menus that change with the seasons. Also, if you're looking to be inspired, The Mitchelton Gallery of Aboriginal Art is the largest commercial gallery of Aboriginal art within Australia and certainly worth a visit.

Following standout wines and the Nagambie Lakes wetlands, enticing accommodation is the next star attraction. The Hide and Seek Winery Waterfront Accommodation offers double-storey, self-contained houses by the river. It's a place to relax, while the sounds of the wildlife sing you to sleep. Another option is The Boathouse Cottage on the water’s edge. Here you can sit at the end of the pier, watching sunsets unfurl. And if you’re after something spectacular, look no further than The Mitchelton Hotel. Boasting utmost luxury with impressive contemporary finishes, this hotel was designed by renowned architect and interior designer Hecker Guthrie. Home to a range of varying rooms, The Mitchelton Hotel is the ultimate night away among cherished vines. 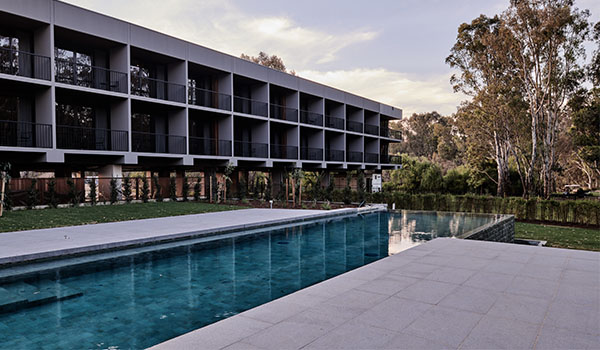 *All wine styles and James Halliday quotes included within this article are taken from James Halliday's Wine Atlas of Australia. This title is available nationally and you can find a list of stockists here. If you would prefer a digital copy, you can purchase the ebook version here.

* Featured wines and featured wineries are presented in partnership with Fowles Wine, Mitchelton and Tahbilk.