Shiraz put us on the wine world’s stage, but much has changed since then. James Halliday reflects on our long, rich history with this grape.

Much of the supposed history of shiraz is a classic case of not letting the facts get in the way of a good story. Its origins have been variously linked to Albania, Sicily, the Greek Island Syros, and Persia (today’s Iran). The latter origin dates from 600BC by Phocaea traders, or by Crusaders between 1095 and 1291AD. James Busby wrote about the variety in his monumental effort in collecting 651 varieties during 1831 as he travelled from Spain to Champagne.

“Ciras – Cavoleau, Scyras. This variety is alone used in making the best red wines of Hermitage. Cavoleau mentions a tradition which exists in the neighbourhood, that this variety was originally brought from Shiraz, in Persia, by one of the Hermits, who resided in the Hermitage of which the ruins still exist on the Hill where the celebrated wine of that name is produced.” 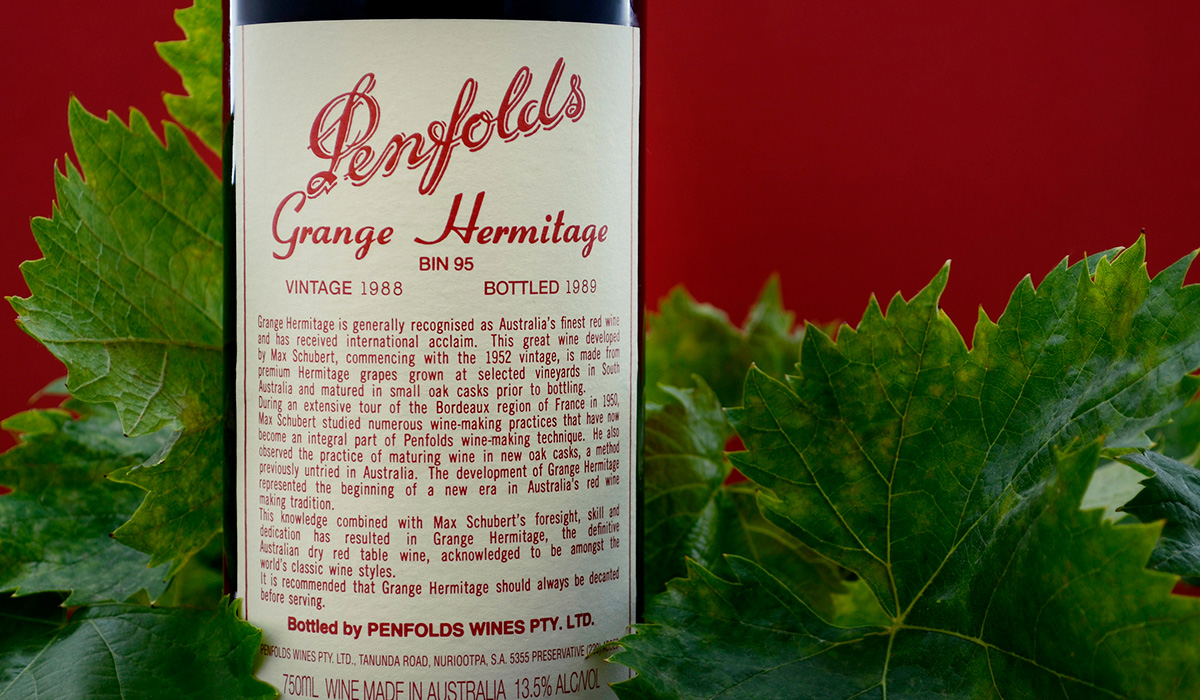 When James Busby collected cuttings, he could never have guessed how important shiraz would become in Australia.

When James Busby collected 12 cuttings from the Hill of Hermitage on Saturday, December 10, 1831, he was aware of the reputation of the wine, but he couldn’t have guessed just how important it was to become in Australia.

The rise of shiraz

As the Australian population spread in the first half of the 19th century (and then soared in the gold-mining regions), settlers were forced to experiment with crops of all kinds. Wherever vines were planted, shiraz emerged as the most suitable red grape for table wine.

In 1956, the first official records of the crush of the most important varieties were published in Australia. Grenache topped the pole of red grapes with 21,200 tonnes, shiraz second with 12,400 tonnes. By 1976, shiraz had surged to 72,200 tonnes as the then red wine boom reached its zenith, a figure not exceeded until 1996 with 81,700 tonnes.

So far as the rest of the world is concerned, Australia has been the Pied Piper of Hamelin, but no country outside France has managed to keep up, nor will it. If you look at production, Australia crushed 500,938 tonnes at its peak in 2017, with 376,000 tonnes crushed in 2020.

It’s more than just numbers. Penfolds is the world’s best-known wine brand, Grange the best-known wine, and Henschke Hill of Grace also globally revered. The oldest shiraz vines in the world are in the Barossa Valley, planted in 1843. In Victoria, Tahbilk has the oldest planting, with vines planted in 1860. Then there are numerous 100-plus year-old vines spread across the Barossa Valley, Clare Valley, Eden Valley and McLaren Vale. Langhorne Creek and Coonawarra also have plantings over 100 years old. 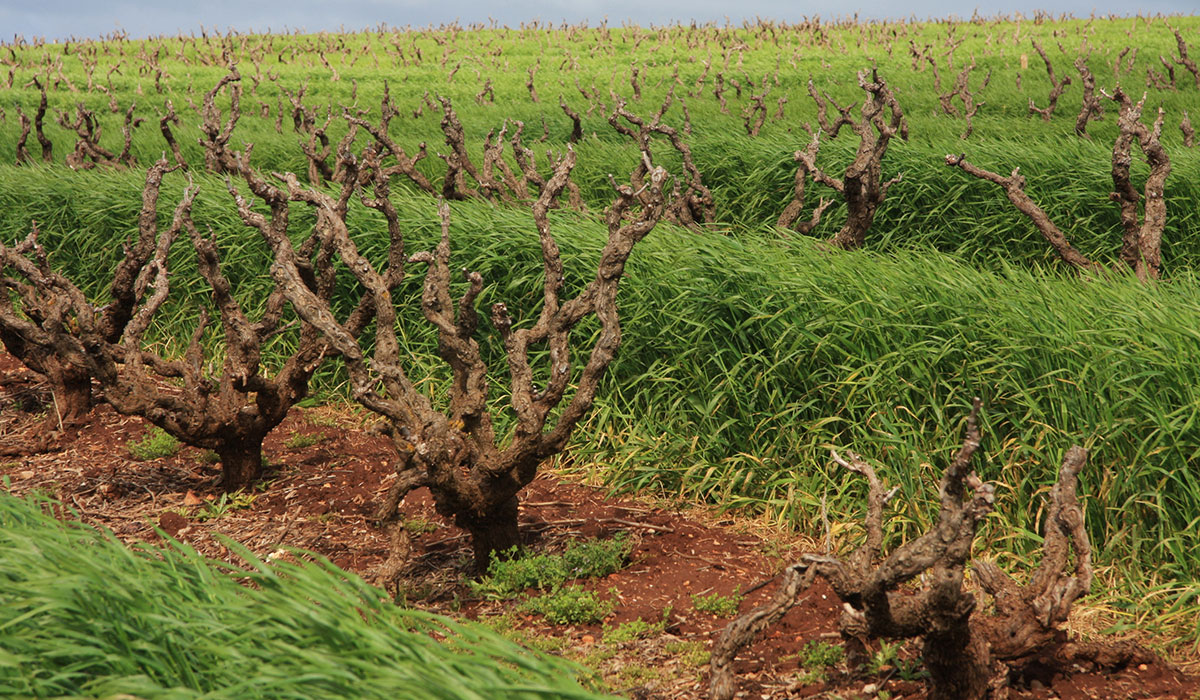 Australia is home to numerous 100-plus year-old shiraz vines.

Best’s 1868 vineyard in the Grampians has shiraz of exceptional quality used to produce the Thomson Family Shiraz (with a small percentage of younger material), Mount Pleasant’s 1880 Old Hill vines are of similar quality, and Tyrrell’s Old Patch Shiraz is made from vines planted in 1869.

As each year passes, more and more vines have their magic 100th birthday because the planting of shiraz in Australia never stopped...

As each year passes, more and more vines have their magic 100th birthday because the planting of shiraz in Australia never stopped, and old vines are given far more TLC than previously. Thus, other countries will never bridge the age gap.

What is the special magic that Australia had to get where it is today? Two reasons stand out. First, South Australia, New South Wales and parts of Victoria have never had phylloxera. Grafted vines provide the answer for 50 or 60 years if planted in prime viticultural land and looked after, but the union of the graft itself eventually weakens the vine. Most Burgundians agree that 30- to 40-year-old vines provide the best combination of quality and quantity. Vines on their own roots have an unknown life span.

Next, shiraz is planted in every region in Australia, sharing that honour with chardonnay. Tasmania won the Jimmy Watson Trophy in 2011 with Glaetzer-Dixon Family Mon Pere Shiraz 2010. At the other climatic extreme, the Hunter Valley has had a string of exceptional shiraz vintages in 2011, 2013, 2014, 2017 and 2018, with median alcohol of 13.5 per cent (the 2018 Brokenwood Graveyard Shiraz was named 2021 Halliday Wine Companion Wine of the Year).

In between, there is a seemingly endless array of different combinations of terroir and climate, yet shiraz has the uncanny ability to reflect each combination without losing its varietal expression or integrity. The move away from American to French oak has added further lustre to its throne (Grange is an exception to prove the rule).

Shiraz responds to all manner of winemaker blandishments, but it isn’t promiscuous. It’s related to viognier – it’s either a sibling or half-sibling – and if the right amount (two to five per cent) of viognier is co-fermented with shiraz, grown in a cool to temperate (but not hot) climate, the colour is brightened, the perfume enhanced with red fruits, and the supple palate following the red fruit lead.

Whole-bunch fermentation requires more experience and familiarity with the grapes. They must have good colour and the bunches must be fully ripe. Even then, the percentage of whole bunches has to be precisely calibrated, with a (theoretical) range between five and 100 per cent.

Finally, there is the vexed question of alcohol. You can’t make or evaluate wine by numbers, but if the alcohol has to exceed 14 per cent before the grape flavours ripen satisfactorily, you need to think again about your choice of site and/or viticultural approach.

The problem for critics is there is not one but three elephants in the room. The first is an absurd leeway of plus or minus 1.5 per cent on the stated alcohol on labels of wine sold within Australia. In other words, the real alcohol of a wine with 14.5 per cent on the label may be anywhere between 16 per cent and 13 per cent. The second elephant is the addition of water extracted from other grapes – cumbersome and expensive, but legal. The third is the addition of a small percentage of water, which is permitted in Australia under strict conditions.

This article, updated in March 2021, originally appeared as ‘A classic case’ in Halliday magazine.