Coonawarra is one of Australia’s top wine regions, best known for its exceptional cabernet. It’s also an excellent place to tour – get inspired for your next trip with our essential guide.

Coonawarra is often bypassed for its South Australian neighbours, and that’s a crying shame, as it’s a standout region producing complex wines off its terra rossa (red earth) soils. It’s home to many smaller, family-owned wineries that are neatly grouped, offering an easy touring experience and encounters with those most connected to the wines. 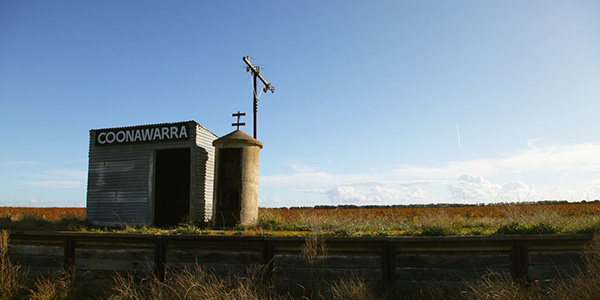 With a winemaking history that dates back more than a century, Coonawarra is one of Australia’s oldest wine regions. Once a place of steel wool sheds, today Coonawarra is famed for its sacred soils, historic cellars and first-class cabernet.

Coonawarra is a compact wine region that’s accessible from two major cities. A four-hour drive from Adelaide and five hours from Melbourne, the journey will be worth it to park the car once you’ve arrived, as the cellar doors of this region are easy to navigate without one. Coonawarra is located on the Limestone Coast and is famous for its ‘terra rossa’ strip: a narrow, cigar-shaped run around 20 kilometres long.

The History of Wine in Coonawarra

Coonawarra’s wine history began in 1891 when Scottish settler John Riddoch planted the first grapevines. Before that, the flat and fertile lands had been used for sheep farming and fruit growing. Back then the region was known as the ‘Penola Fruit Colony’, until Riddoch changed it to Coonawarra, the Indigenous word for ‘honeysuckle’, in 1897.

It was in 1951 that David Wynn made his fateful decision to buy the now-famous stone winery and cellars that had been built with such hope and enterprise by Riddoch 60 years earlier. Until that time, the only table wine made in Coonawarra was Redman’s Shiraz, which was being sold to other Australian wineries.

Coonawarra began by specialising in shiraz and fortified wines, but has since gone on to produce a range of world-class styles. Red wines make up 90 per cent of its production, but there is still room for whites to shine.


Cabernet is the king of Coonawarra. Coonawarra cabernet covers a broad range of fruit flavours, from blackcurrant to mulberry and plum. It’s elegant and seldom astringent or tannic. If you can imagine a red that has the savoury elegance of French wine and the fruit purity of Australia, then you’re close.


Until the 1950s, shiraz was the only grape grown in Coonawarra. The style is medium-bodied and graceful, and some of the greatest Coonawarra reds are blends of shiraz and cabernet. Coonawarra shiraz is often minty and savoury with a dark, blackberry edge.


A fairly recent arrival in Coonawarra, merlot is used to make both varietal wines and as a blend component with the other two principal red varieties. Coonawarra merlot is full of ripe plum, spice, menthol and cedar characters.


Much of the chardonnay tonnage in Coonawarra is directed to sparkling wine, but the table wine here can still be of considerable quality. The long Coonawarra ripening season produces chardonnay packed full of pear, stone fruit, lemon curd and soft acidity.


While less discussed than the red wines, riesling from Coonawarra can be fragrant, flowery and appealingly fruity in style, and is slowly but surely gaining traction.

Coonawarra is a cooler wine region in South Australia. Known for its cold and windy winters, with lower night-time temperatures throughout much of the growing season, it then experiences bursts of heat from February to March. The conditions in Coonawarra are so kind that over-abundant growth often needs to be controlled using crop-thinning. 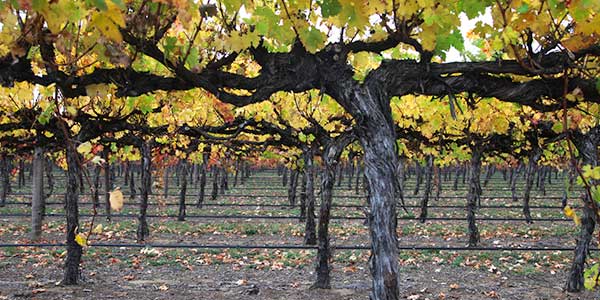 Coonawarra’s best-known attribute is its terra rossa soil, a distinctive, albeit thin, band of vivid red dirt that’s 10 to 50cm deep and overlying a bed of soft limestone. The red colour most likely comes from iron in the limestone that has oxidised. The limestone itself was once an ancient seabed, formed over a million years ago.

Things to do in Coonawarra

Coonawarra is a burgeoning tourist destination, and the primary reason for visiting is wine. But if you need a tasting-bench break, there are a few other activities on offer to keep you entertained.

If you’re a cyclist, consider bringing your bike and hitting the historic Penola to Coonawarra Rail Trail. While on the road, you’ve got to eat and luckily there are plenty of choices, including great bakeries, produce stores, awarded restaurants and welcoming pubs. Further afield, you can visit the Blue Lake at Mount Gambier and while you’re there, stop by the Umpherston Sinkhole (aka the ‘Sunken Garden’).