What exactly is elegance in wine?

It takes scores of words in Roget’s Thesaurus to flesh out the concept and meaning of “elegance”. Many refer to style and grace, beauty and harmony, while others suggest majesty and stateliness, neatness, polish and finish.

If you head to a related section, titled “Beauty” (subheading “Shapely”), we head down the rabbit hole a little further: a cross-referenced paragraph evolves from well proportioned, well stacked and well endowed, to end up in a sequence of slender, slim, lissom, svelte, willowy, chic, petite, dainty, delicate and perfect.

It’s fairly unlikely British physician and lexicographer Peter Mark Roget was thinking about describing wine when he created his original 15,000 words in the first half of the 19th century, nor the countless editors who have since expanded the lexicon.

Elegance was, and perhaps is still, more familiar in the world of fashion, style and design, and the more public viewings of affairs of state. Red carpets, rather than classic cabernet. But the “E word” has become entrenched in the language of wine as a hedonic descriptor. Subjective. Comparative. Stylistic. Yet arguably with little absolute in its meaning.

Ask a bunch of winemakers and experts from different backgrounds what they mean when they use elegance, and you’ll get as many answers as there are pundits. They’ll skirt around the word looking for other esoteric terms to match and, in the end, they’ll argue for a closely related family group of nuanced wine characters.

Ban them from using the word altogether, and often they need several other romantic notions to fill in the gap. In a world of analogies, many come back to the popular arts and fashion to flesh out their thoughts.

Gill Gordon Smith, a producer, retailer, writer, judge and educator based in South Australia’s McLaren Vale, talks of polish and class, both esoteric words in their own right, but goes on to suggest we think of a fine-knit jumper or a great pair of shoes. Or a ballerina on pointe – there’s a tension and line, she says. “When teaching, I use similar words to conjure up the feeling of elegance,” Gill says. “It’s not flashy – it’s Catherine Deneuve not Pamela Anderson.”

Auckland-based Master of Wine Jane Skilton takes a similar approach when teaching. “I tell my students to think of wines as people,” Jane says. “And I know this is unfashionable at the moment, but if you are thinking of elegance then I think of somebody like Audrey Hepburn. What we have at the moment, however, is the Kardashians – and they’re not elegant. More clumsy and obvious.”

How does this relate to wine? Consider that word “obvious”. Like many others, Gwyn Olsen, head winemaker at the Hunter Valley’s Pepper Tree, first thinks of elegance in a “yeah-nah” way. Yin and Yang. She describes the concept as wine beautifully in balance without being obvious. 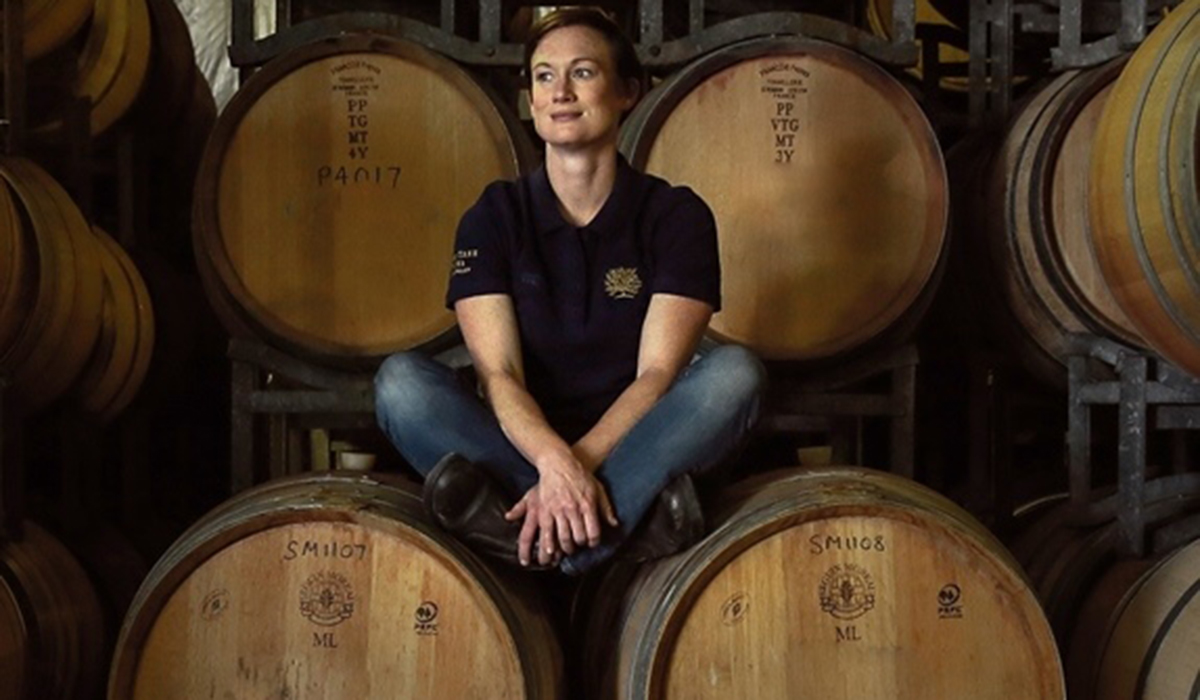 For Gwyn Olsen of Pepper Tree, elegant wine is in balance without being obvious.

“Obvious wines are overtly expressive in terms of being all out on show, with massive amounts of flavour and oak, and tannin and fruit sweetness,” Gwyn says. “They’re show-pony wines.”

Gwyn was mid-judging the Royal Adelaide Wine Show when she pondered this question; a show that receives hundreds of full-bodied shiraz and cabernet among its entries. “I would hope to be able to find those wines that don’t throw themselves at you straight away in terms of being showy – those wines that are a little coy, perhaps, when you are looking at them for 30 seconds in a large bracket of, say, shiraz,” Gwyn says.

“You have to take the time and not immediately dismiss that wine as lacking and ask yourself if it is a more restrained version of this varietal. You do get seduced by the real show ponies, the easy-to-see wines, but the ones that are perhaps a bit more elegant, but no less great, can be quite hard to find in those circumstances.”

Considering changing consumer tastes, Gwyn also recognises that people are increasingly wanting more drinkable and delicious wines. “They are looking for wines that show more restraint and elegance because perhaps people see they are better drinks and more delicious, rather than one that has everything out on show.”

Restraint is another popular synonym. Michael Symons, manager and winemaker at Stonier Wines on Victoria’s Mornington Peninsula, favours this line of thinking as well, especially when talking about his signature red of the region, pinot noir. “It’s something to do with restraint and delicate flavours, delicate being the prettier, more floral and finer flavours,” Michael says.

While this doesn’t mean you forgo some intensity, Michael says you probably stop at being a big and bold wine, certainly in a viscosity sense. Oak, and anything that promotes extra tannins, like overly long skin contact, can make a wine clumsy, he says, and that overpowers the more delicate and finer points of a wine.

Michael also acknowledges that acidity plays a big role in defining elegance in wine. He believes finding the balance of mouthfeel and intensity – somewhere between the two poles – is where you want to be. “There’s a right kind of elegance,” he says.

The concept of “balance” is key to unlocking the meaning of elegance, according to St Hugo winemaker Pete Munro, who works with more robust varieties of shiraz and cabernet. He strives to express both power and elegance in his Barossa and Coonawarra reds, saying that the latter are among the more elegant cabernets from the region, with a central core of fruit preserved within a fine tannin structure. Big, blocky tannins are not the right way to go, he says.

“Elegance is analogous to balance,” Pete explains. “Where nothing stands out. I see elegance in wine – it is a word I use a bit – as something that is seamless. It doesn’t necessarily have to be light; it could be a full-bodied wine, but it has a seamless, even palate. Wines I call elegant have a linear drive – it could be quite a powerful wine, but it has a linear direction and moves straight down the palate.” 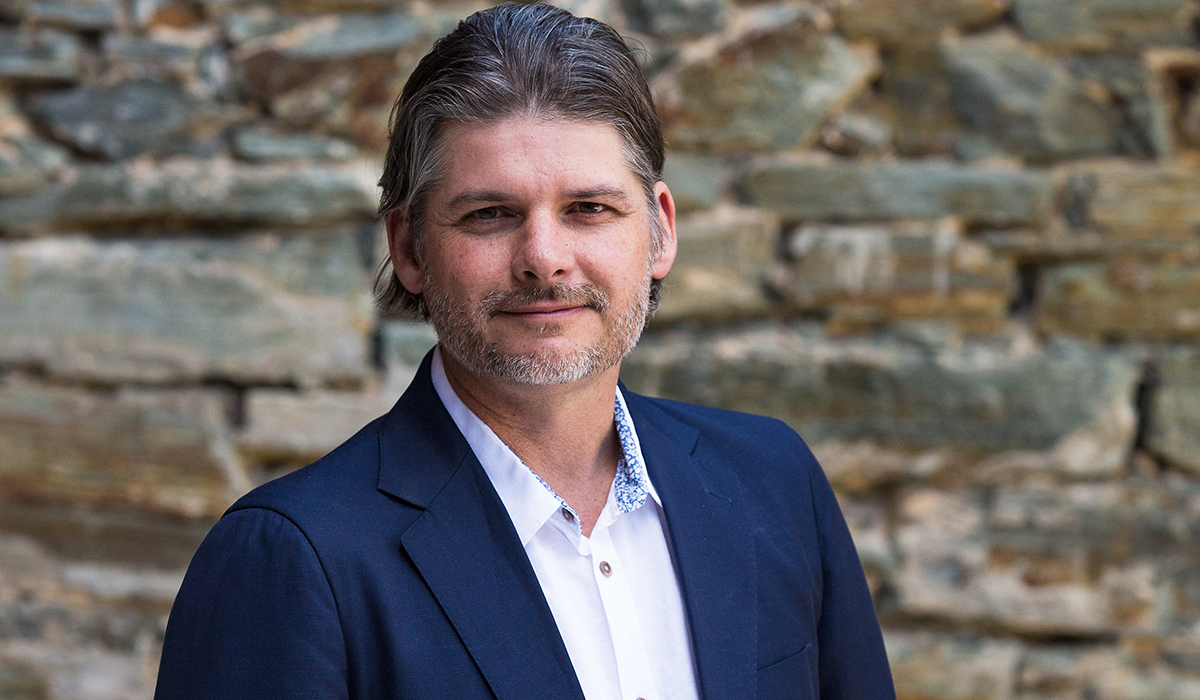 Peter Munro of St Hugo says elegant wine should have a seamless, even palate.

And there’s yet another esoteric wine word – linear. “It’s more what the wine looks like structurally on the palate,” Pete says. “Linear without being angular, without diversions and spikes.”

For Jane Skilton, it’s balance and complexity that define the pursuit of elegance in a wine. Otherwise, she says, a wine can be simple. Obvious oak is a no-no, as is low acidity. And Jane wonders whether true elegance only comes after time in the bottle. “Do you ever see elegant young wines? Or do you achieve a beautiful gracefulness once you have settled into your skin and found a balance in life?” she asks.

Wine director at Hobart’s MONA Pip Anderson says whether she’s tasting, selling or choosing wine, or just talking about it, elegance is a word she uses to describe lift – and not just the florals in the glass. “It’s a wine that carries itself out of the glass by expressing its whole story, and encompasses everything about its complexity, all its layers, and lifts the whole experience,” Pip says. “Elegance takes you to that next level. It’s always about occasion for me. Elegance doesn’t necessarily define the style of a wine. It encompasses a whole experience.”

This article originally appeared in issue #51 of Halliday magazine, alongside a helpful list of alternatives to “elegant” from five top wine people.