The Halliday Awards are coming

New awards, a collaborative tasting process and a chance for wine lovers to have their say. Here’s everything you need to know about the coming Halliday Wine Companion Awards.

When all seven members of the Halliday Wine Companion tasting team recently met, together they judged the wines that each panellist had put forward as the best of the best from their respective regions. In doing so, a new collaborative system was introduced for deciding the varietal category winners. Lengthy discussions – and debates – over three days of tastings also formed the foundation for determining the major award winners.

From a production point of view, the state of Australian wine has never been better.

A seventh major award category has also been introduced with Viticulturist of the Year to recognise the extensive work in the vines. In addition, the People’s Choice Award has just launched, with all wine lovers invited to vote for their favourite winery experience to take out this inaugural title.

This week, the shortlists for six of the major Halliday awards were revealed, with the key contenders representing some of the finest producers around the country. It’s the first time that finalists have been announced as part of the awards, providing an opportunity to celebrate so many more worthy Australian wineries and the people within their teams.

Halliday Wine Companion chief editor Tyson Stelzer is excited about the new developments, including the fact the coming 2022 Companion, releasing on August 13, introduces a record number of new wineries this year – more than 100 operations submitted wines for the first time. 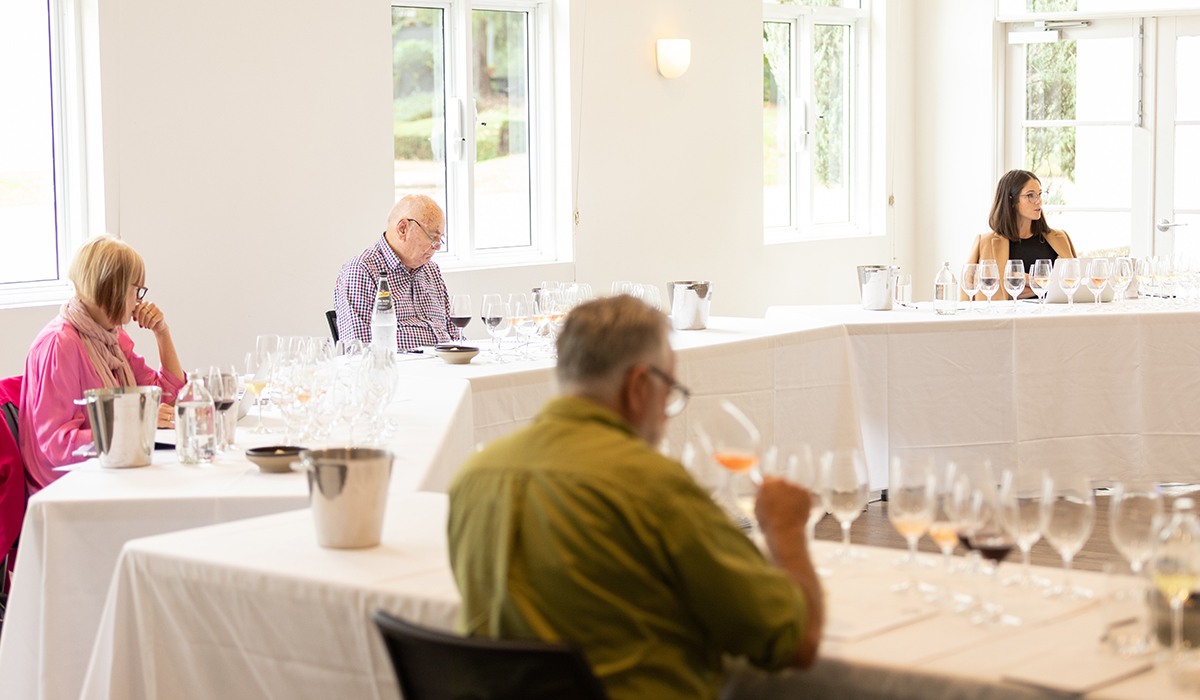 Some of the Halliday team in action while judging the top wines together earlier this year.

Tyson became chief editor last September when James Halliday took a step back from some of his vast responsibilities on the Companion. At this point, the tasting team grew to seven panellists, with each member tasked with specific wine-growing areas for the first time. In doing so, the tasting team have become true regional specialists, which has helped the Companion grow with new and diverse wineries involved.

This new regional approach makes a lot of sense, according to James Halliday, who now holds the title of Taster at Large. As for his take on where the industry is at right now, James is overwhelmingly positive. “From a production point of view, the state of Australian wine has never been better. Smart harvesters – getting rid of leaves, stems and all debris – and optical scanners looking at every berry on sorting tables lower costs increase quality, and obviate labour shortage,” he says.