It’s one of our most underrated wine styles, but its quality continues to rise. For complexity, structure, ageing ability and value, cabernet sauvignon demands a closer look.

It’s 20 years since Sue Bell fell for a red grape with its roots deep in terra rossa soil. While working in South Australia’s Coonawarra, she popped over to Wynns to check out its cabernet sauvignon ferments, as you do when you’re a young winemaker on the rise.


In her 20s, Sue took part in the then-Southcorp’s graduate wine program, working a vintage at Rouge Homme, within the corporate’s portfolio, as well as a stint at Wynns, with its strong cabernet focus making it a leader in this field.


“I just watched this fruit roll in that had extraordinary colour, tannin and structure,” Sue recalls. “The cabernets were complete – very complex and textural. There was a lot to think about, especially this texture, and it bowled me over.” Smitten, she never left the region.


Sue then took a post with another company, Stonehaven in Padthaway, but today she’s celebrating 10 years of her own label, Bellwether, based in the heart of Coonawarra. Community is a key factor to her success: she doesn’t own any vineyards, so relationships with growers are paramount. 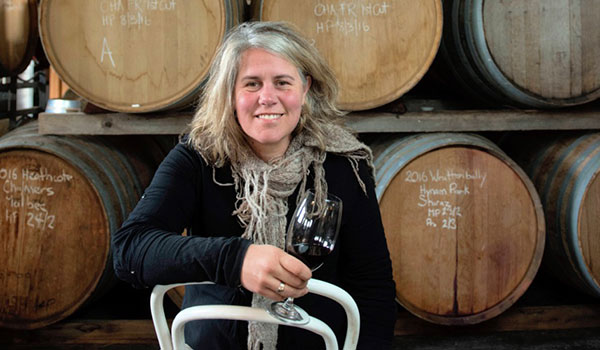 Sue (pictured above) credits Mike and Brent Wetherall for helping her establish her own winery, thanks to a superb vineyard they planted. Her patch of fruit ripens early and she’s the first to pick in the region, sourced from a two-hectare parcel off a 300-plus hectare property meticulously set up by the Wetheralls (it was recently sold to Treasury Wine Estates, but Sue will continue working with the new owner). “I’m not the only person who’s a corporate refugee who started their own label and had no funds to buy vineyards. But we could identify good fruit and work with growers. The push was I wanted to make good wines straight away,” she says.


An integral part of Sue’s winemaking philosophy is to create wines that reflect their site. It’s why she's adopted wild yeast fermentation, and she also takes a lot of care with her cabernet to ensure it shows supple tannins and ripe fruit; not so ripe as to be jammy and not too green resulting in astringent tannins. “I love the fresh aromatics of cabernet made in a cooler climate. It’s all about the brightness of fruit and the beautiful cocoa-powder tannins.”


But let’s be clear, varietal character and a regional imprint should not be confused with homogeneity. There’s much more to cabernet sauvignon than methoxypyrazines – those highly identifiable compounds that emit leafy, herbal and earthy characters. All those can charm, but if cabernet is under-ripe, with strong green capsicum, herbaceous and/or tomato leaf elements, there’s nowhere to hide.


“Green is ugly,” says winemaker Kate Goodman. “And you can’t pass off green cabernet as cool-climate cabernet. But when well made with quality fruit, it has enticing varietal characters and those beautiful tannins.” 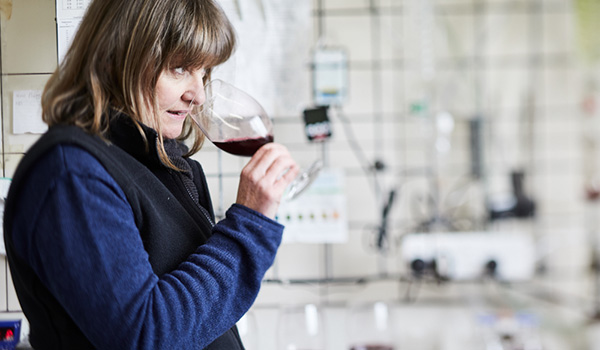 Kate (pictured above) lives in Victoria’s Yarra Valley, home to her label Goodman Wines, which includes cabernet sauvignon made from fruit grown near Mount Mary. But for the past three years, Kate has also been reshaping Penley Estate in Coonawarra, allowing her to work with diverse expressions and styles of this variety she loves so much.


As an observation, there’s a lot of winemaking artefact lingering in Coonawarra, such as added tannin or acid adjustment, or too much new oak or time spent in oak, which can all take away the wine’s freshness and vitality. Kate describes the best of the region’s wines as savoury with great length. By contrast, the Yarra produces medium-bodied, fragrant wines. “Cabernet can have power and finesse while its tannins get your tastebuds working,” Kate says. “It works so well with food.”


Cabernet’s ability to pair with a range of foods is one of the big drawcards for Virginia Willcock, chief winemaker at Vasse Felix in Western Australia's Margaret River. “Who was the idiot who came up with ‘white wine with entree and white meats’, and ‘reds with red meat’? I’m all about breaking the rules,” she says.


This is why she is known to kick off a tasting with cabernet sauvignon before moving onto chardonnay. It’s also why she likes to serve cabernet first with a dish such as charcuterie, and have mature cabernets preceding the newer releases. “It’s all about the sophistication, structure, tannins and lower acidity, which is far better to turn on your brain and palate.” 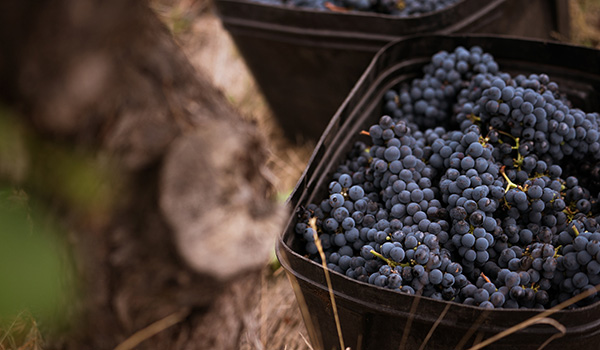 Last year, Virginia was consumed with numerous events celebrating the region’s 50 years of winemaking in the modern era, with Vasse Felix at the forefront thanks to its 1967 plantings of cabernet sauvignon and malbec. Those two varieties now form the basis of its flagship single vineyard wine named after the man who founded the estate, Tom Cullity.


Fellow Margaret River winemaker Glenn Goodall of Xanadu says there’s no question that cabernet is the benchmark variety in the region. “It’s one of those varietals upon which vintages are measured. Cabernet is the yardstick,” he says.


Now approaching two decades at Xanadu, Glenn has witnessed a confidence and maturation in his adopted home thanks to a range of developments. These include smarter viticulture, instant access to weather forecasts and data, and implementing bird-netting for protection that allows for longer grape hang-times to ensure even ripeness. More recently, it’s been about identifying the great vineyards; for Glenn, a distinguished site trumps sub-regional influences.


Obviously, cabernet has friends that can enhance it – the likes of merlot, malbec, petit verdot and cabernet franc. But as Glenn says, cabernet still requires dominance. “Cabernet must still have the loudest voice in the glass,” he says. Glenn is also keen to showcase single vineyard renditions, with Xanadu buying the renowned Stevens Road site in 2008.


While the 20-hectare vineyard that was planted in 1989 includes other varieties, in Block 3 there are 21 rows of cabernet at the bottom of the hill, identified as the finest with low vigour and excellent balance. It all goes into the celebrated Stevens Road single vineyard wine, which is 100 per cent cabernet. 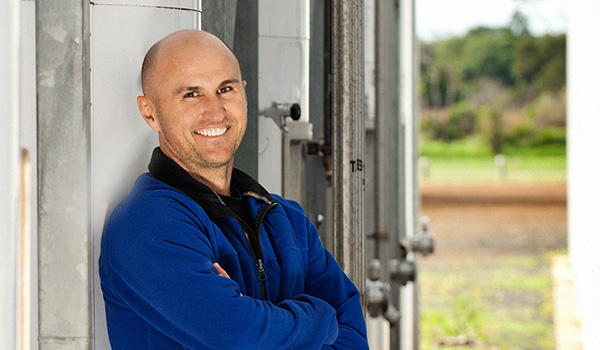 “I fell in love with the vineyard and the fruit, and thought it unique enough to bottle separately,” Glenn (pictured above) says. The first release was in 2009, and two years later the 2011 scored 99 points in the Halliday Wine Companion 2015, also winning Wine of the Year. Margaret River’s vinous success may largely be due to cabernet, but the variety is an important thread in the fabric of Australia’s wine history. There remains some contention as to who brought in the first plantings – a story for another day – but it has been around since the mid-19th century. We can lay claim to having the world’s oldest continuously producing cabernet vines – Penfolds Kalimna Block 42 in the Barossa Valley – although with the site a little too dry and warm, this wine has only been released six times, starting in 1953, to the current – and magnificent – 2004.


But here’s the thing. If great cabernet sauvignon is so classy, why doesn’t it cut it among the younger drinkers? It’s all about fashion, says Australian wine authority Andrew Caillard, whose CV takes up several pages, including Master of Wine and fine wine principal at Woolworths-owned Pinnacle Drinks. “There’s such an incredible narrative with cabernet and it will swing around to be better appreciated, but there’s a lot more work to be done,” he says.


Andrew is a Bordeaux connoisseur and sees little point in comparing those wines to home-grown renditions, but he notes the quality of our cabernet is at an all-time high. So what’s the appeal for him? “If the wines are well made, and not everyone is making them like that, it’s the structure, the freshness and vigour of cabernet,” he says. “We get this volume and generosity that is really, really attractive. Margaret River is not hugely powerful or dense, they are quite medium-bodied with lovely tannin structure, firm without being muscular, whereas Coonawarra is more velvety.”


There’s also a climatic influence, or the terroir generally, as to why Margaret River consistently hits the highs and enjoys its status as Australia’s leading cabernet region. But it also has a secret weapon: a unique, distinct clone. “The major foundation block there is the Houghton clone,” Andrew says. “It underpins the region’s authority and it’s one reason why it has enjoyed an accelerated career.” While its origin has been lost in the fog of history, Andrew says it’s almost certainly colonial vine stock. Some Western Australian folk believe it hails from the Cape of Good Hope in South Africa, but Andrew’s not convinced.


Of course every region, individual vineyard and winemaker will produce something different. For Sue, the joy of Coonawarra cabernet sauvignon is its trademark characters. “It’s recognisable from five paces away and the aroma in the glass ensures it can’t be from anywhere else,” she says. “That is unique.” And the commonality across this distinguished variety from its best-suited regions is the wine’s ability to mature gracefully, for decades. Maybe it’s time to put prejudices or misconceptions aside and pour a glass. “What’s the problem?” Virginia asks. “Cabernet is beautiful!” Glenn adds that trends come and go, and there will be peaks and troughs. “But with blue-ribbon varieties, they will be here forever, and cabernet sauvignon is a blue-ribbon variety,” he says.

This originally appeared in Halliday magazine as 'The only way is up'.


Learn all you need to know about cabernet sauvignon in our essential guide.